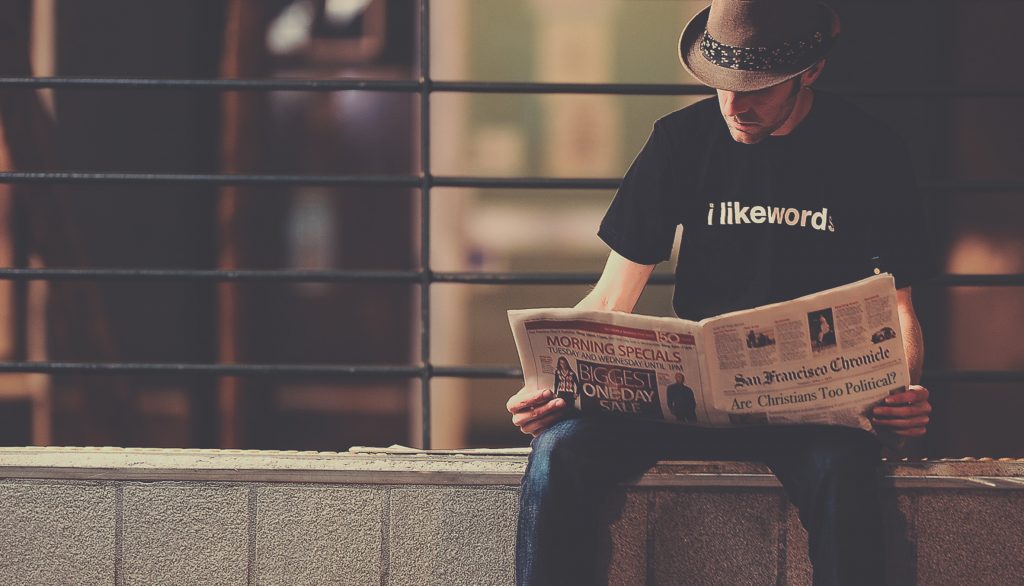 In the last issue we covered the fourth perception mentioned in the book UnChristian: What a New Generation Really Thinks About Christianity: And Why It Matters by David Kinnaman and Gabe Lyons (2007). In the book, Kinnaman and Lyons, with research from the Barna group, highlight the ways Christians are viewed in a negative light, especially among Americans aged 16 to 29. The authors’ research findings indicate that Christians are best known for the things they are against, rather than the things they are for. Six broad themes represent the most common negative perceptions found in their study. These include the views that Christians are hypocritical, too focused on getting converts, anti-homosexual, sheltered, too political, and judgmental. Many of those interviewed in the study were quick to agree that “Christianity is no longer as Jesus intended.”

We decided to get your feedback on the validity of such perceptions and asked you, in the fifth of this series, are Christians too political? From the responses, we were intrigued by the different interpretations of the meaning of “political” in the first place.

Here is what you said.

“Christians who are politically centric or leftist aren’t political enough. They allow those on the right to represent the whole.  Those who busy themselves hating on gay people, promoting extremist views on contraception, or defending their children from science education are the only representative voices.

The ‘Good Christians’ I know are too busy being good Christians to engage in tiresome political debates, but when an extremist minority is allowed to represent the majority, no good will come. I say take back the pulpit and let’s hear from some Christian leaders who are truly speaking the Word.”

“Some Christians aren’t political enough. It seems the extreme fundamentalist Christians are much more politically active at this point than other more accepting forms of Christianity, which paints a somewhat skewed view in the media of what it means to be Christian.”

“I feel that before I can talk about whether or not Christians are too political I need to establish what that means to me. Different people will have different ideas about what ‘being political’ means. Obviously as citizens of the United States we have the right to vote and we should certainly exercise it. We also have various other rights allowing us to peacefully assemble, practice our religious beliefs, etc. I believe that when you see Christians participating in protests on TV against gay marriage or abortion things have gone too far.

The real problem isn’t necessarily that we’re too political; it’s that we’re too hateful and judgmental. What if there were Christian demonstrations demanding better shelter for the homeless? It may not get much media coverage but I believe that it would be much more in line with Jesus’ teachings than what we frequently see on TV. I am not perfect; who am I to say that one person’s sin is worthy of a demonstration and another’s is not? I can, however, love people and I can choose to use politics as another avenue to express that love.

We need to keep in mind that they will, ‘know us by our love.’ More than ever, this is an uphill battle. Love doesn’t sell ads or newspapers. If we’re going to change the way people view Christianity, and more importantly, Christ, we need to be consistently following His most basic teaching.”

“Christians, Catholics, Muslims, Jews, Hindus, atheists, everyone is political. I don’t think any one religion is more political than the other.”

“Given the fact that we live in this world, but we are not of this world I feel that most Christians are aware of what is going on politically. At the end of the day, however, we realize that we are not truly governed by man. God always has the final say.”

“I don’t think that Christians are too political. I think all people should be involved in the politics of their community, city, state, and national government. All citizens need to be informed citizens. No one should just sit back and let others think for them, decide for them, and act for them. We should have input at every level. I don’t think it’s a matter of Christian/non-Christian views….I think it’s a matter of human/human kindness views. It’s a matter of being involved for the greater good of humanity.”

“I think many people think that this is true because many American politicians in the higher tier of leadership present Protestant views. I think the reason for this is because Christian communities are willing to fund Christian candidates, more than other candidates, and there are a lot of Christian lobbyist organizations. Christianity is the largest religious population in the US [76% according to the American Religious Identification Survey in 2008]. At the voting level, Christians have a lot to do with the voting. The voting power is very strong, so their political issues are strong. Based on their individual values, that will influence the votes and policies.  Christians [as a result] are indirectly political because of their voting power.”

“I don’t think it’s a question of being ‘too political.’  As humans we are of this world, but when Christ died on the cross for us He gave us an opportunity to not have hope in what is in this world, but in Him.

Mat 22:21 (NKJV) ‘They said to him, “Caesar’s.” And he said to them, “Render therefore to Caesar the things that are Caesar’s, and to God the things that are God’s.”’
Therefore, being in politics is not a problem, being political is not a problem for Christ as long as it doesn’t become your focus–that your gaze remains on God.  Keep your eyes riveted on truth, the truth of the spirit.

John 16:13 (NKJV), ‘However, when he, the Spirit of truth, has come, he will guide you into all truth; for he will not speak on his own authority, but whatever he hears he will speak; and he will tell you things to come.’

Oftentimes, things that are not inherently “evil” become evil because the demon uses our desire and passion that is a gift from God and turns into obsession and addiction.  The only way to avoid being “too” anything is to follow his commandments, pray, study his word and above all, love Our Father in heaven.” 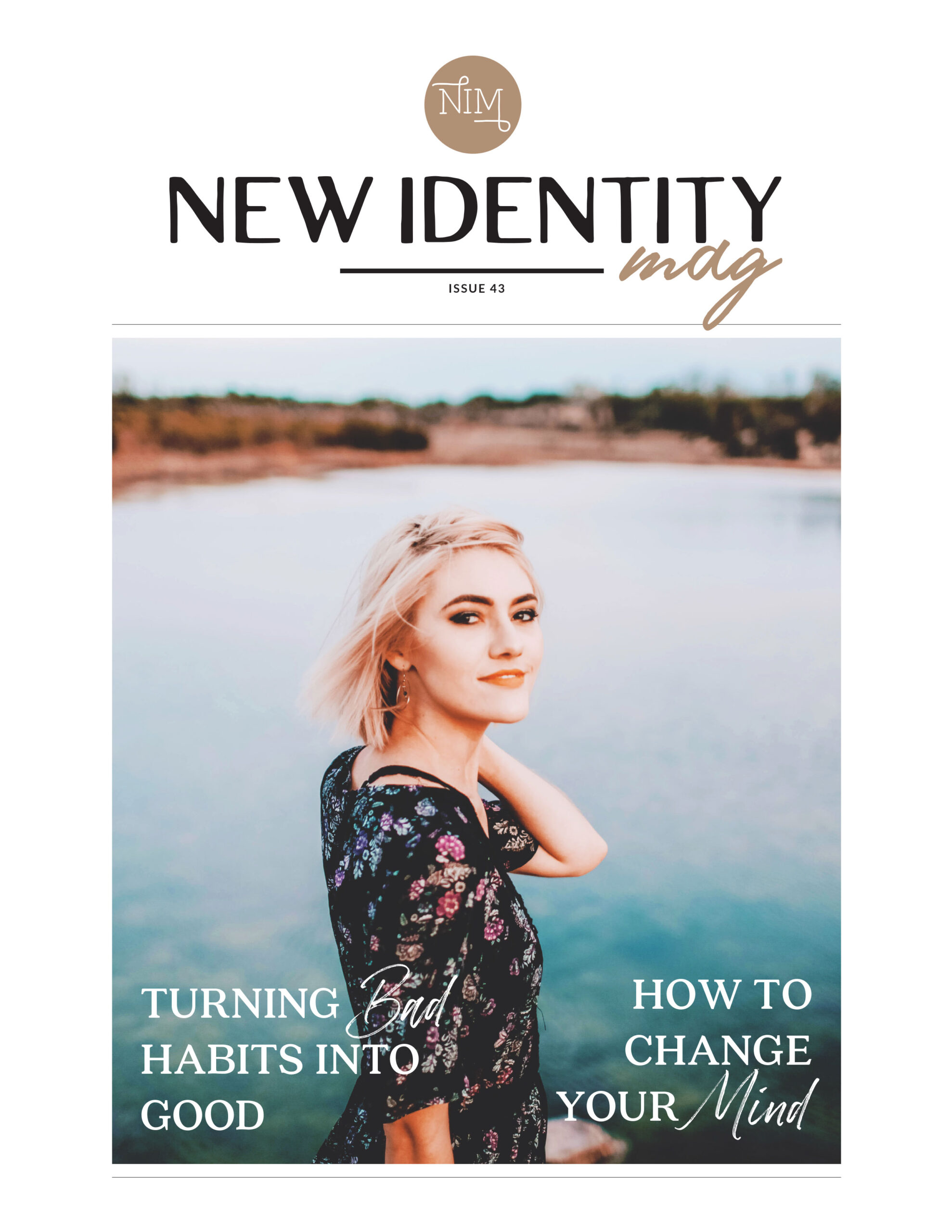 Check our new issue, linked in our bio. Enjoy!

A woman was gossiping with her friend about a man

I want to use my experience in changing my mind as

Driven by the growing conviction that he cannot su

What is the most important decision you have ever

Mother Nature, such a fascinating, yet mysterious

It’s not uncommon to have an unpleasant church g

To live as a citizen of heaven includes praying un

I gave my life to Christ on Christmas Eve, 1994 in

Dismantling Bad Habits and Practicing Good Ones by

She was six years old when her mother abandoned he

Have you ever been lost and realized the whole tim

The desire to communicate is wired into us. Most o

Check out the latest issue. Link in our bio. 🤗

Many people accept that Christ existed. Many peopl

I love to have everything set up perfectly before beginning a project. Whether it is painting, writing, studying, or even reading a good book, I like to feel … END_OF_DOCUMENT_TOKEN_TO_BE_REPLACED

Most Americans will spend the last night of the year attending a party dressed in head-to-toe sequins, watching the ball drop in Times Square, or hoping to get a … END_OF_DOCUMENT_TOKEN_TO_BE_REPLACED

When I was younger, I had chronic stomach pains. At one point, the pain lasted for a full week without subsiding, seesawing between a sharp or dull pain. After … END_OF_DOCUMENT_TOKEN_TO_BE_REPLACED