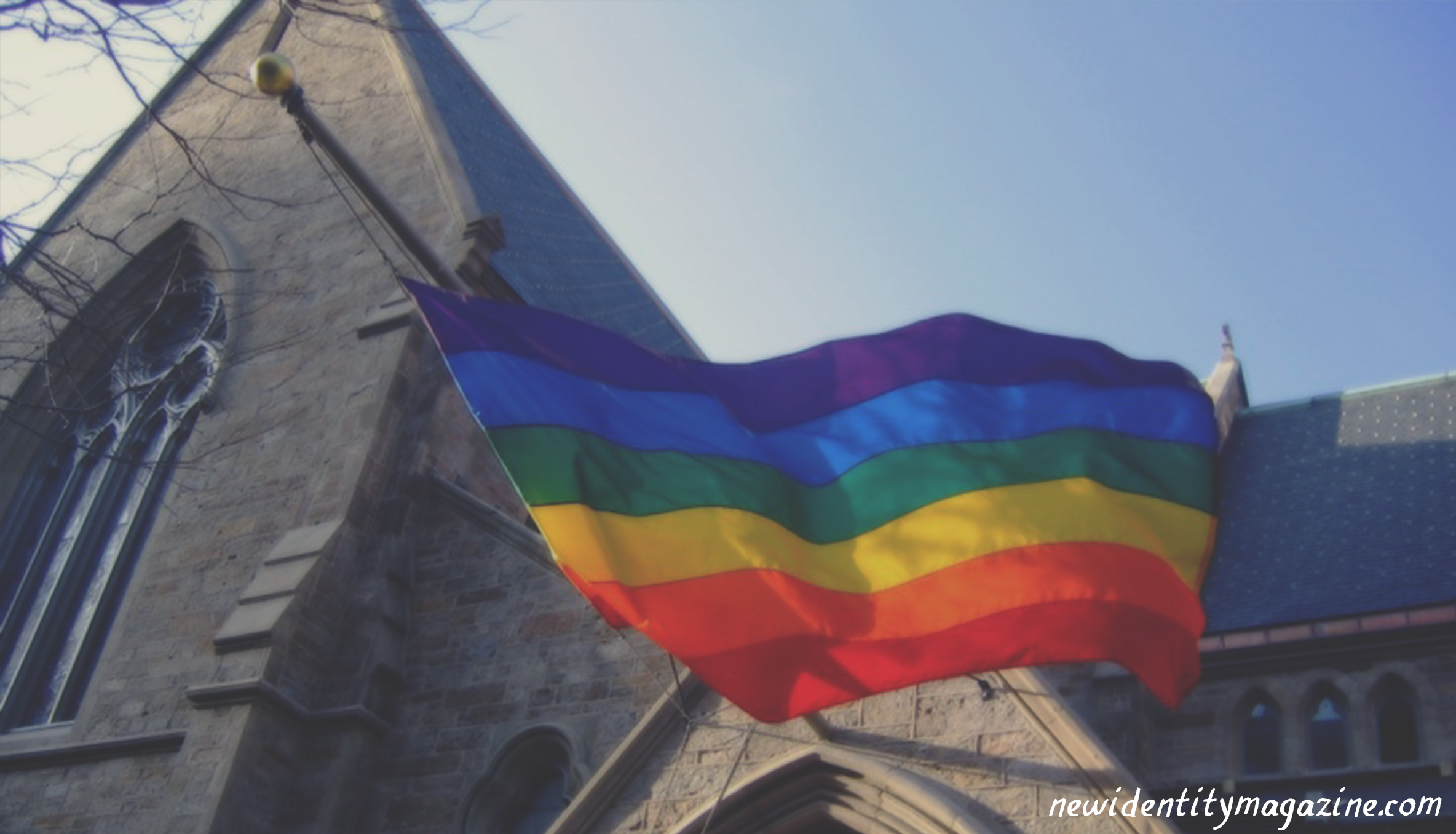 The book UnChristian: What a New Generation Really Thinks About Christianity And Why It Matters by David Kinnaman and Gabe Lyons (2007), details nonbelievers’ view of Christians. In the book, Kinnaman and Lyons, with research from the Barna group, highlight the ways Christians are viewed in a negative light, especially among Americans aged 16 to 29. The authors present research indicating that Christians are best known for the things they are against, rather than the things they are for. Six broad themes represent the most common negative perceptions found in their study. These include the views that Christians are hypocritical, too focused on getting converts, anti-homosexual, sheltered, too political, and judgmental. Many of those interviewed in the study were quick to agree that “Christianity is no longer as Jesus intended.”

We decided to get your feedback on the validity of such perceptions and asked you, in the third of this series, are Christians anti-homosexual? Here are four different perspectives:

Kim says, “I am not your typical Christian. I have struggled for years with this issue. I have a heart for gay people. I myself am bisexual. I choose not to act on my feelings for the same sex and have been married twice and have three great kids, one of whom is also bisexual and chooses not to act on those impulses. But we are the lucky ones because we have a choice! I feel that Christians do not have a right to tell non-Christians what to do. 1 Corinthians 6:9-11 says, ‘Do you not know that the wicked will not inherit the kingdom of God? Do not be deceived: Neither the sexually immoral nor idolaters nor adulterers nor male prostitutes nor homosexual offenders nor thieves nor the greedy nor drunkards nor slanderers nor swindlers will inherit the kingdom of God. And that is what some of you were. But you were washed, you were sanctified, you were justified in the name of the Lord Jesus Christ and by the Spirit of our God.’ We can tell gay people until we’re blue in the face to turn from their ways, but they absolutely can’t without God’s help. So why are we so harshly judging them? That harsh judgment is exactly what keeps them from God. They do not feel the love of God. They are spat at and beat up and ostracized for something they absolutely cannot change outside of God’s loving embrace. Aren’t we putting the cart before the horse? They can abstain, but they cannot change their desires until God washes them clean. And why do Christians pick and choose those certain sins over others? We all fall short of the glory of God. Even Christians are not perfect, otherwise we wouldn’t need Jesus! Gossip, slander and gluttony are sins as well. Why don’t we all take up our Bibles and thump fat people or little old lady gossips over the head. Those are just “little white sins”. But they are not! Sin is sin. Love the sinner and hate the sin. The next time you see some sweet young man who doesn’t quite fit the world’s view of masculinity, think to yourself, “What do I need prayer for to overcome sin in my life?” instead of “Oh honey, look at him. He isn’t in the will of God,” because maybe you aren’t either. I know that I’m not always doing or saying what I should. I am very passionate about this subject because I have helped out many gay teenagers over the years. They are very precious friends and they are loved by God. It breaks my heart when one of them is afraid to tell their parents, or hurt by people that don’t even know them. They are my boys and girls no matter what, and I love them and God loves them. But they don’t feel like most Christians love them. In fact, they are afraid of most of us. But they do know that ‘Mom’—which is what they call me—loves them and she just happens to be a Christian. I have taken them to church. I have told them about God and maybe someday they will know his love first hand. That is my prayer.”

Amy says, “This is a complicated issue. I think the basis of this question really presents a struggle to a lot of Christians. Homosexuality is such a touchy issue because it deals with the basis of human emotions. Yes, the Old Testament does state, ‘You must not have sexual intercourse with a male as one has sexual intercourse with a woman; it is a detestable act.’ (Leviticus 18:22) As a Christian, I CANNOT pick and choose what parts of the Bible I want to follow. This would be akin to taking your encyclopedia and ripping out the entire section for the letter ‘A’ because you don’t enjoy writing it. I think too many Christians don’t realize this. This doesn’t mean we should go violently protest or write hate mail. As Christ did during his life, we are called to love and accept others for who they are, homosexual or heterosexual. In my own extended family, there are homosexuals. My aunt has a [life] partner and two adopted children, a girl and a boy who are around ten years old. We openly accept them and love them as we would any one else in the family. But, I think that my cousins miss out on much not having a father. It is especially tough for my male cousin because he lacks a male role model. Just like a divorce, the people who suffer the most in a homosexual relationship are the children.”

Harry says, “I think Scripture is clear, in both the New and Old Testaments, that the practice of homosexuality is contrary to the will of God. (1 Cor. 6:9-11, Leviticus 18:22, as previously mentioned) The practice of homosexuality is contrary to the physical, emotional and spiritual design of men and women laid out by God. God designed men and women in a particular way to maximize their ability to be in union with him and each other for their ultimate satisfaction and fulfillment. The practice of homosexuality disregards that divine design and is a sin because, like all sin, it asserts that the created know better than the Creator. However, it is by no means the only sinful practice that falls in that category. Homosexuality is generally included in an extensive laundry list of perversions and idolatrous behaviors cited by the apostle Paul in his letters to Timothy and others. Some of those sins our society is remarkably tolerant of, like gossip and slander, and some which we are not. These behaviors will be evidenced in the last days (as in right now!) as society as a whole and individuals in particular reject God to seek their own way and do their own thing. Each one of those sins in their way reflect the exaltation and worship of the created over the Creator and are as worthy as homosexuality is of condemnation. For instance, I think Scripture generally spends more time addressing greed—putting the pursuit of money and power in God’s place in our lives—and uncharitable behavior as being more problematic and of greater concern to God than homosexuality. I think the church’s focus on and obsession with the sin of homosexuality does not reflect God’s posture on it, although Paul reminds us that homosexuality, like the other sexual sins, is a ‘sin against one’s own body’ which suggests that sexual sins are, by their nature, in some way more defiling. It’s possible that Paul is suggesting that we individuals, as members of the Body of Christ, involve Jesus with our defilement in some profound way when we engage in sexual sin. Historically, the Church’s posture has been fear and loathing rather than compassion and drawing near to those who have embraced and been trapped in homosexuality, and that is to our shame. I believe homosexual feelings are not sin in and of themselves, but are symptomatic of a particular sort of damage in the human soul. The believer is invited to ask Jesus into that damage in his heart for healing and directing, instead of seeking to satisfy those longings in unhealthy, unholy relationships. Simply because we desire something does not justify engaging in certain behaviors. We are exhorted to be angry but not to sin in that anger. Homosexual feelings are misplaced appetites for something that one legitimately needs and is at its core good. Those feelings can become part of a legitimate quest for the Bread of Life [in Christ] but if one seeks to justify the feelings as right and establish a “lifestyle” around those feelings, the result is a kind of cannibalism, a search for a missing something in you [by seeking it] in another person.”

Sandra says, “We must not deny the emotions of one person who struggles with homosexuality. It’s a real feeling. However, we must not let our feelings alone dictate what is right or wrong. God sets standards that are higher than our natural feelings, and we in our own power can’t meet those standards. We must surrender ourselves completely over to our Creator and allow him to do the work within us, knowing that what he has in store for us is far better than what we alone can come up with.” 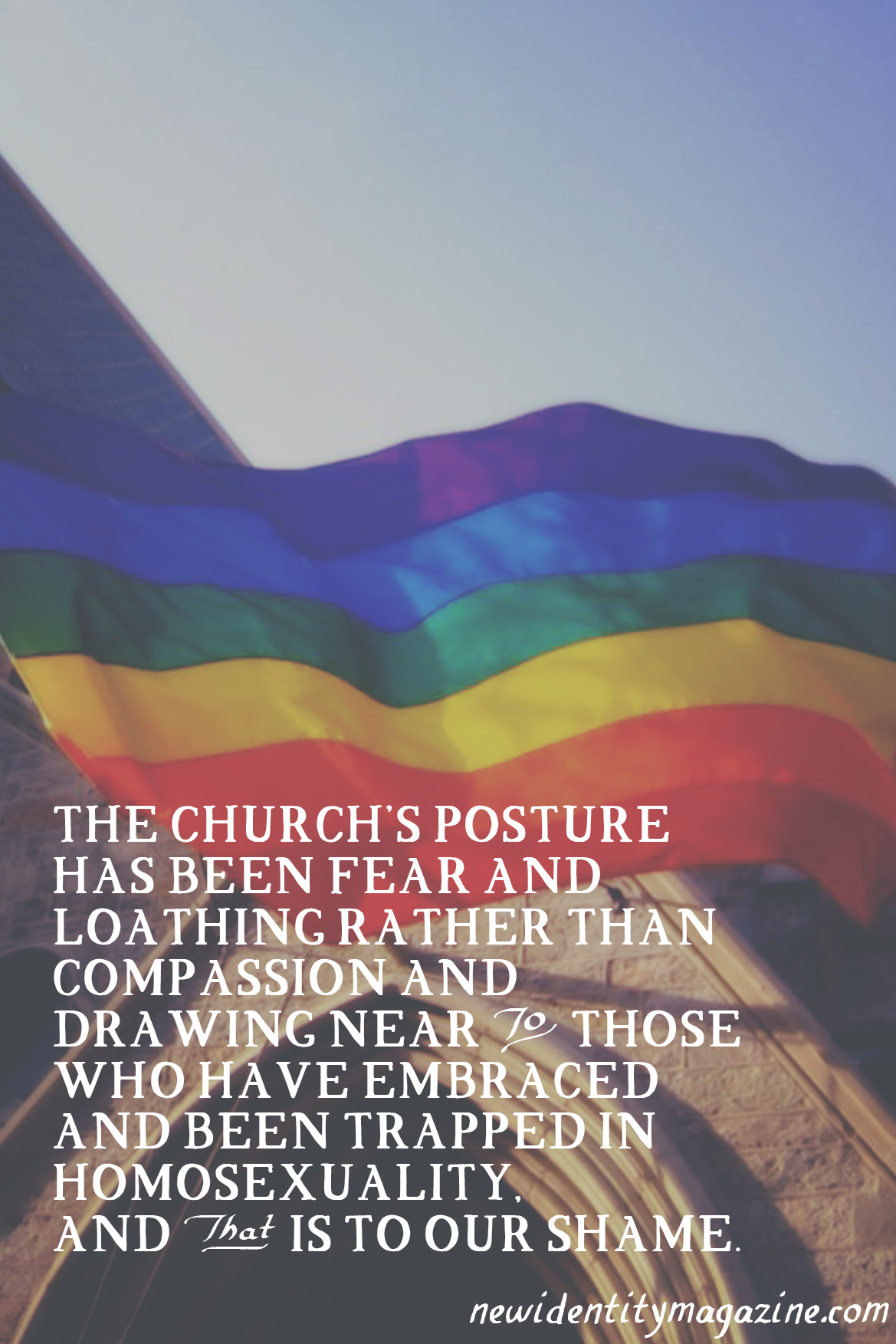 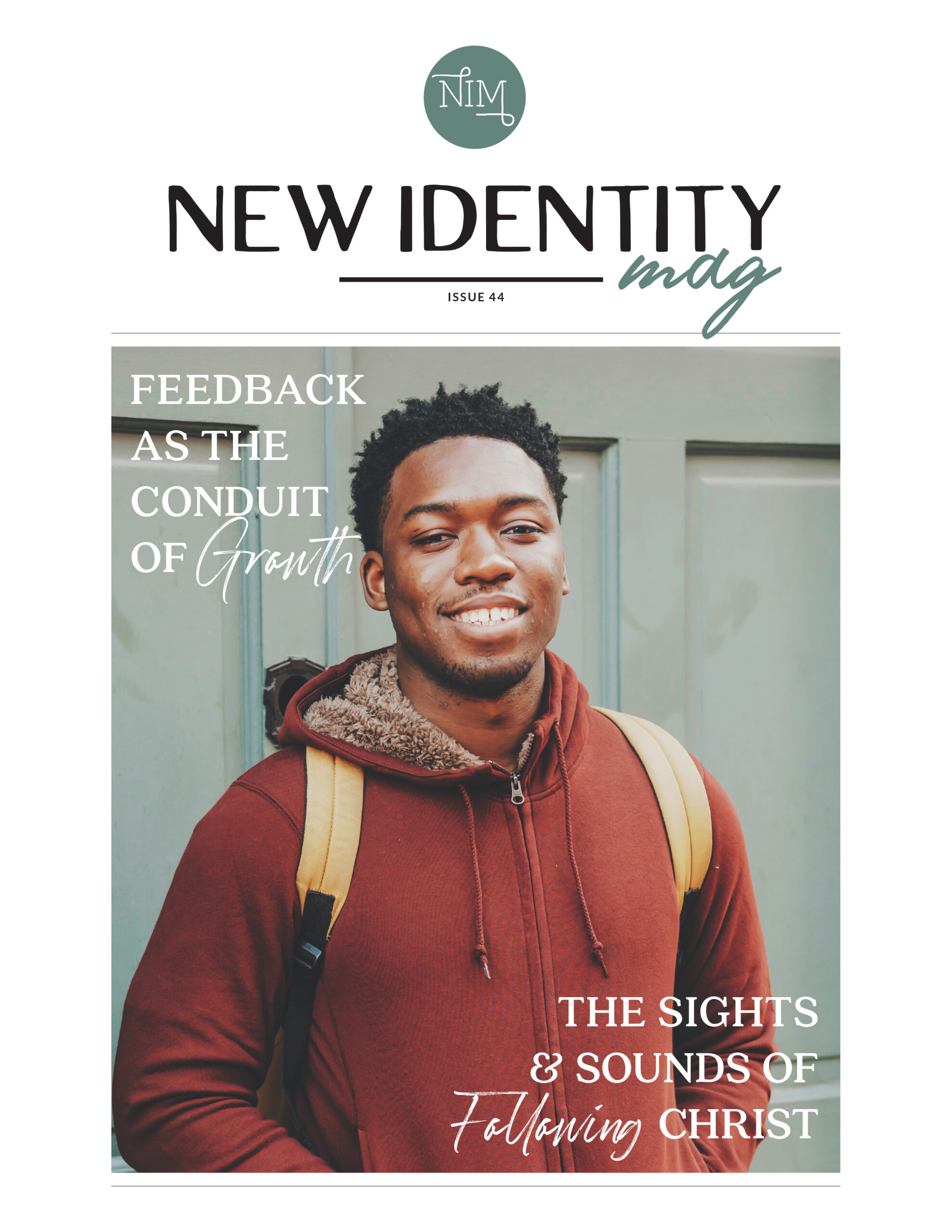 Easter time is a hard time to get excited about. Besides the fact that it is loosely connected to spring break, you just don’t see much hoopla about it. As we … END_OF_DOCUMENT_TOKEN_TO_BE_REPLACED

He finally got down on his knees and asked the big question, “Will you marry me?” The ring sparkled on her finger, the church was booked and both of their mothers … END_OF_DOCUMENT_TOKEN_TO_BE_REPLACED

Lately it feels like so much of the news has been filled with reports of natural disasters. In September 2009, there were ravaging typhoons, earthquakes, and … END_OF_DOCUMENT_TOKEN_TO_BE_REPLACED