Clive Staples Lewis was one of the most well known theologians in the last 100 years. A literature professor by trade, he was the author of over 70 books ranging from the fantasy fiction of the Chronicles of Narnia series to the allegorical fiction of The Screwtape Letters and The Great Divorce. He also wrote books specifically about faith and its expression, most notably the classic Mere Christianity. His works are heartfelt and challenging at the same time but they are also approachable quickly bringing the reader into a greater understanding of his perspective on the condition of Man in relation to his Creator. If you or someone you know is new to Christianity and wants to know more about its application to everyday life, Lewis’s works are a primer for showing both the immediate and the eternal effect Christ has on someone, in times of joy and times of despair and all of the emotions in between.

One of Lewis’s shortest works is a book called The Four Loves written in 1960. While his other books are specific in topic such as Mere Christianity or A Grief Observed, (which dealt with the topic of mourning), The Four Loves deals with the universal concept of love and then spends time explaining its different forms. The loves that are examined are Affection, Friendship, Eros, and Charity. Affection is where I’ll be focusing. Friendship is the love between friends, Eros is the love between lovers or partners and Charity is the love of giving without the expectation of reciprocity. This will be the first in a series of articles talking about the Four Loves and how these loves are shown to us from God. Friendship applies to God’s seeking our companionship, wanting to share our time and experiences. Eros love from God would deal with the intimate partnership that God can provide as a confidant and comforter. Charity is the living example of the dichotomy of the what is deserved by us people of Earth compared to what is provided. Affection on the other hand is, in the eyes of Lewis, the love of familiarity. It is the love that we are first introduced to from birth the love that is shown first from parents to offspring, but Lewis also recognizes that later on, with maturity, is shown by offspring to parents as well. (p.31)

Lewis composed the phrase of “Need-Love” to precisely describe to purpose of affection most notably in its first incarnation of love from mother to child. (p.32) Just as the only way that a child can flourish is from the giving and warmth from the mother, this same warmth and comfort can be found later on from being around those with whom you can feel at ease and be, well, comfortable. Lewis calls it the least discriminating of all the loves. (p.32) Unlike the other loves that can be identified with a certain starting point, such as the first day of school for longtime friends, a first kiss between lovers or a specific time and gift of charity, Lewis points out that affection usually has no starting point, sharing “I doubt we ever catch affection beginning” (p.33). The beauty of this fact is that since it’s difficult to remember a time that affection has started, it’s also hard to think of a time that one did not feel it. It is in this sense that God’s love is shown by affection. We often hear that God’s love is eternal. So if we consider affection as a love with no beginning and no end, then it is the most relatable form of love from God.

“Affection would not be affection if it would be loudly and frequently expressed” (p.34). Another characteristic of affection is that it is measured by its constancy in our everyday life. Affection can be seen by others but it’s not for the sake of display. It’s purpose is not to excite, but to comfort and to sustain. It is important to also realize because affection is a love that is not for show, it can be shown to everyone no matter how rough and undeserving. “Affection can love the unattractive: God and his saints love the unloveable” (p.37).

Because of this presence of comfort and familiarity, affection can often have the downside of lacking courtesy. Because you can say anything to your best friend or a sibling, doesn’t mean that you should. “Affections at its best practices a courtesy which is incomparably more subtle, sensitive and deep than the public kind” (p.43). If you want to a friend and confidant, the other person has to be comfortable to confide in you. If a person is not taken seriously or listened to sincerely, affection would be the first level of love to go away. In the context of our relationship with God within the frame of affection, I believe that the greatest barrier may be taking God for granted. It is true that we can share with God any desires or concerns, but it is important to know that it is most effective when it is done humbly. The danger lies when we become so comfortable in asking for our personal benefit, that we forfeit the close bond derived by simply sharing in God’s presence.

Lewis also recognized that affection, much like the other Loves that will be reviewed later, can be a fleeting one. Familial bonds of childhood friends or siblings can often fade due to many reasons: change of proximity or the presence of ongoing maturity that decreases the likelihood of similar interests. If a younger brother still plays with video games, while an older brother has a new interest in girls, affection may not be as present as it once was. Lewis also relays this change in affection to other circumstances, where a person leaves the communal bond of things familiar such as when a member of an unbelieving family becomes a Christian or the reverse, “A church-going family in which one has gone atheist will not always behave better” (p.47) .

Affection, along with the other Loves that will be reviewed can be a good thing that helps sustain a full life. It is the first love that we receive and also often that we show. It is not the type of love that we pursue, but often comes to us without us recognizing it. But it should not be the only love that we experience. As Lewis puts it, “If we try to live by affection alone, affection will ‘go bad on us’” (p.55). Affection’s effect when working alone and not in concert with the other Loves: Friendship, Eros and Charity, is a love that is no longer beneficial. “If affection is made the absolute sovereign of a human life, the seeds will germinate. Love, having become a god, becomes a demon” (p.56).

Patty wanted a more connected church experience. She returned to church after a several year hiatus and wanted to be involved beyond Sunday mornings. “I also wanted … END_OF_DOCUMENT_TOKEN_TO_BE_REPLACED

My arrival in Durban, South Africa was a very particular brand of disorientation. Nothing seemed familiar. Rand. Paranoia. Koombis. Xhosa. The remnants of apartheid. … END_OF_DOCUMENT_TOKEN_TO_BE_REPLACED 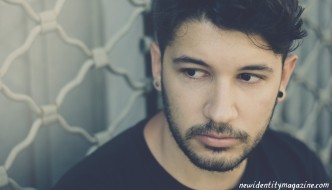 WHAT IS PRAYER? People from the beginning of time have prayed. Although it involves accessing the supernatural, it is one of the most natural things that we as … END_OF_DOCUMENT_TOKEN_TO_BE_REPLACED