It’s not just that this particular scripture is misunderstood in the sense that people think Jesus is endorsing violence, the misunderstanding is really deeper in that many people simply dismiss this particular scripture and the cluster of scriptures that it’s found in altogether. Of course, there are some that very simplistically use this scripture as a prooftext for violence to say something like “see, Jesus says ‘an eye for an eye…’” But reading a few more lines one quickly realizes that Jesus is refuting this kind of thinking.

For much of the earlier history of the Church, the gospel of Matthew was considered the gospel par excellence. Although Matthew was par excellence of the “Synoptic Gospels”, which consisted of Matthew, Mark and Luke, it was John that was most widely read and used by the church for more than a thousand years. Recently, as a result of more rigorous scrutiny of the biblical texts, most scholars understand Mark to be the earliest gospel and partly the inspiration for the book of Matthew. Even though this is the case, the gospel of Matthew really stands alone in both its scope and presentation of the ethical teachings of Jesus.

But much of what Jesus admonishes in the Sermon on the Mount seems so unattainable, so difficult indeed that many just assume that Jesus is simply pointing out that we can’t possibly live up to the standards that he sets forth. Actually, this idea has been offered many times throughout the centuries as an explanation for why we can’t possibly adopt the ethics of Jesus as laid out in the Sermon on the Mount. Jesus’ teachings have routinely been dismissed as simply “high ideals” or “hard sayings” by many theologians, writers and scholars.

The problem with dismissing the Sermon on the Mount and the ethical teachings of Jesus, is that we end up filling the void with some other ethic. But what if the teachings of Jesus in the Sermon on the Mount weren’t really such high ideals after all? What if the teachings of Jesus were meant to be practical and applicable to everyday life? There are a growing number of scholars that think this is the case. I’ll take a quick look at some of the more recent developments in how to potentially see the Sermon on the Mount in a new light. In order to do so, we need to refer to Matt. 5:38 through Matt. 5:42 as a unit. After introducing the old saying “an eye for an eye…” in verse 38, Jesus moves toward his own teaching in verse 39 by saying that even though the previous idea may have been the norm at one time, he commands that we should “…not resist an evil person.” Furthermore, Jesus says that if we are struck on the right cheek we should turn and offer the other one, if we are sued for one piece of clothing, give an additional one as well, and finally if we are asked to go one mile, go the second too. It’s not hard to see why some would think this kind of teaching impossible to maintain.

Recently, a scholar named Glen Stassen proposed that our reading of these sections of instruction in the Sermon on the Mount have been misdirected. Stassen says that, in effect, we have grouped some of these verses together in the wrong way and misunderstood some of the grammatical mechanics of the Greek. According to Stassen, much of the ethical instruction in Matthew comes in “triads” or groups of three with the final climax of the instruction in the third section. The problem with the way we’ve been reading and translating Matthew comes in the way many scholars have grouped the teachings in the sermon on the mount into “dyads” or groups of two instead of three as is the norm throughout the book of Matthew.

Though not all scholars agree with Stassen about how scripture should be grouped, it’s something interesting to consider. When we group the blocks of teaching in the Sermon into threes, Stassen says we find something that he calls “Transforming Initiatives.” In other words, we find not “high ideals” or “hard sayings” but something that starts out with a “traditional teaching” then moves to a “vicious cycle” and ends with a “transforming initiative.” Let’s take a look at our unit of scripture for an example. In verse 38 we are given the traditional teaching “You have heard it said ‘an eye for an eye and a tooth for a tooth.’” In verse 39 we see the “vicious cycle” if we take a deeper look at the underlying Greek. A number of different scholars have pointed out that this particular verse would be better translated as something closer to “do not retaliate revengefully by evil means…” rather than “do not resist an evil person.” This is due to the translation of the Greek term anthistemi, which is where we get the word “resist,” as primarily a military word which carries the idea of violent military conflict. The same term in a different form, antistenai, can be seen in Ephesians 6:13, which is full of military themes as the writer exhorts one to put on the spiritual armor of God and “stand” (antistenai) against the enemy and so on.

So, if the “vicious cycle” is understood as violent conflict against an evil person, the “transforming initiative” can be seen in Matt. 5:40-42. Here we are shown what to do. We are to turn the other cheek, to give our clothing, to go the extra mile. But some point out that this almost seems like an invitation to lie down and become the victim of an abusive situation. And again, a closer look at the text will reveal some interesting insight.

Here, a look at the background of this particular section is helpful. In an article titled “Beyond Just War and Pacifism: Jesus’ Nonviolent Way”, Walter Wink, a biblical scholar and author, says “part of the confusion surrounding these sayings arises from the failure to ask who Jesus’ audience was.” Wink goes on to explain that from his research into the culture of Jesus’ time, he interpreted that to be struck on the right cheek implied a backhanded blow from the right hand since the left hand was considered perpetually unclean and never used. Furthermore, the idea being that a blow from a backhand strike did not happen in a fistfight, but was rather something that a superior did to a subordinate.

So, let’s take a closer look at what Jesus is saying and who he is talking to. If Jesus is speaking with subordinates, those without power, he is instructing them to actively and non-violently make the statement that they are also human beings worthy of dignity. To turn the left cheek after being backhanded on the right was a statement of human dignity according to many scholars. In essence, many believe that Jesus was instructing the powerless on how they might assert their God-given dignity in the face of a power system that was looking to dominate and subordinate them. It’s like Jesus was telling the powerless to non-violently stand up and say “Hey, I know you just asserted your power over me with a backhand to the face, but I’m a human being made in the image of God just like you…and we’re actually both equals.” The key here is that the powerless are making a stand and transforming the situation, but not with violence so they are not perpetuating the vicious cycle of violence.

In conclusion, I wonder if any new light has been shed on the scripture in question for you. What do you think about the possibility that Jesus’ teaching in the Sermon on the Mount might be practical and useable in a daily setting, rather than esoteric “high ideals?” I certainly think it’s possible, but it may require a little effort on our part. We may have to dig a little and be willing to get a little uncomfortable at times. But if we do start to dig, we may just find some pearls out there in the field worth enough, and transforming enough, to trade everything for. 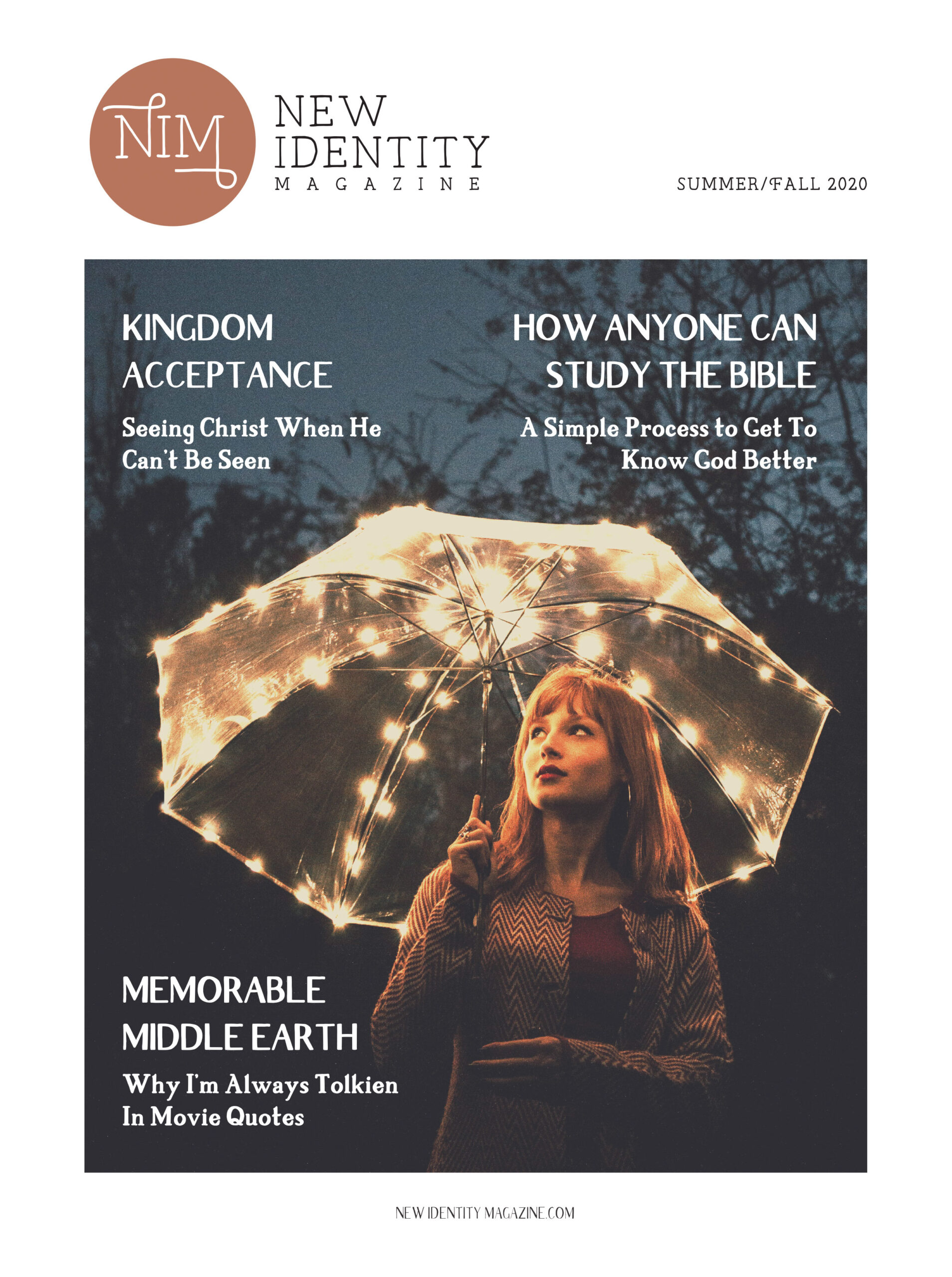 “Every night I lie in bed, the brightest colors

Every day in sub-Saharan Africa, one child in ten

When someone accepts Jesus, they leave their old p

The first surf missionary trip of our lives…⁠

III. *Growing and Maturing in your Faith*⁠ When

Why do we return, over and over again. To quotes f

II. *Growing and Maturing In Your Faith* I stood o

“God The Gardener”⁠ A person stuck in his or

We're so excited to announce the newest issue! Our

I. *Growing and Maturing in Your Faith* The reason

"Fear Less"⁠ Fear and anxiety can come from many

The problem with actual suffering is it doesn’t

The concept of humanity being created “image of

It is vital that we as followers and ambassadors o

Netflix binging will no doubt accompany many summe

Have you ever heard of a prayer walk? Or have you

Scripture reminds us time and time again that we a

In our mother’s womb we are shielded from the wo 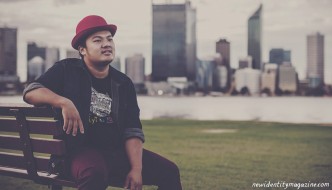 Most days, I live with my enemies. You might even mistake them for my friends, because at times I live to close to them. They are hard to avoid. They are older than … END_OF_DOCUMENT_TOKEN_TO_BE_REPLACED 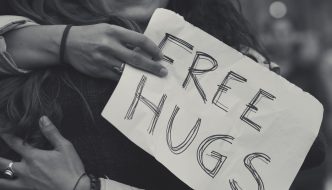 Clive Staples Lewis was one of the most well known theologians in the last 100 years. A literature professor by trade, he was the author of over 70 books ranging … END_OF_DOCUMENT_TOKEN_TO_BE_REPLACED 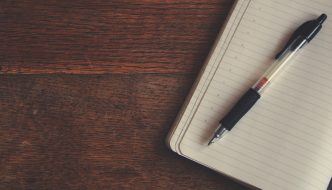 In the last issue we mentioned the book UnChristian: What a New Generation Really Thinks About Christianity: And Why It Matters by David Kinnaman and Gabe Lyons … END_OF_DOCUMENT_TOKEN_TO_BE_REPLACED